Andy talks about his visit and mentions us in a section of his newsletter mentioned below: 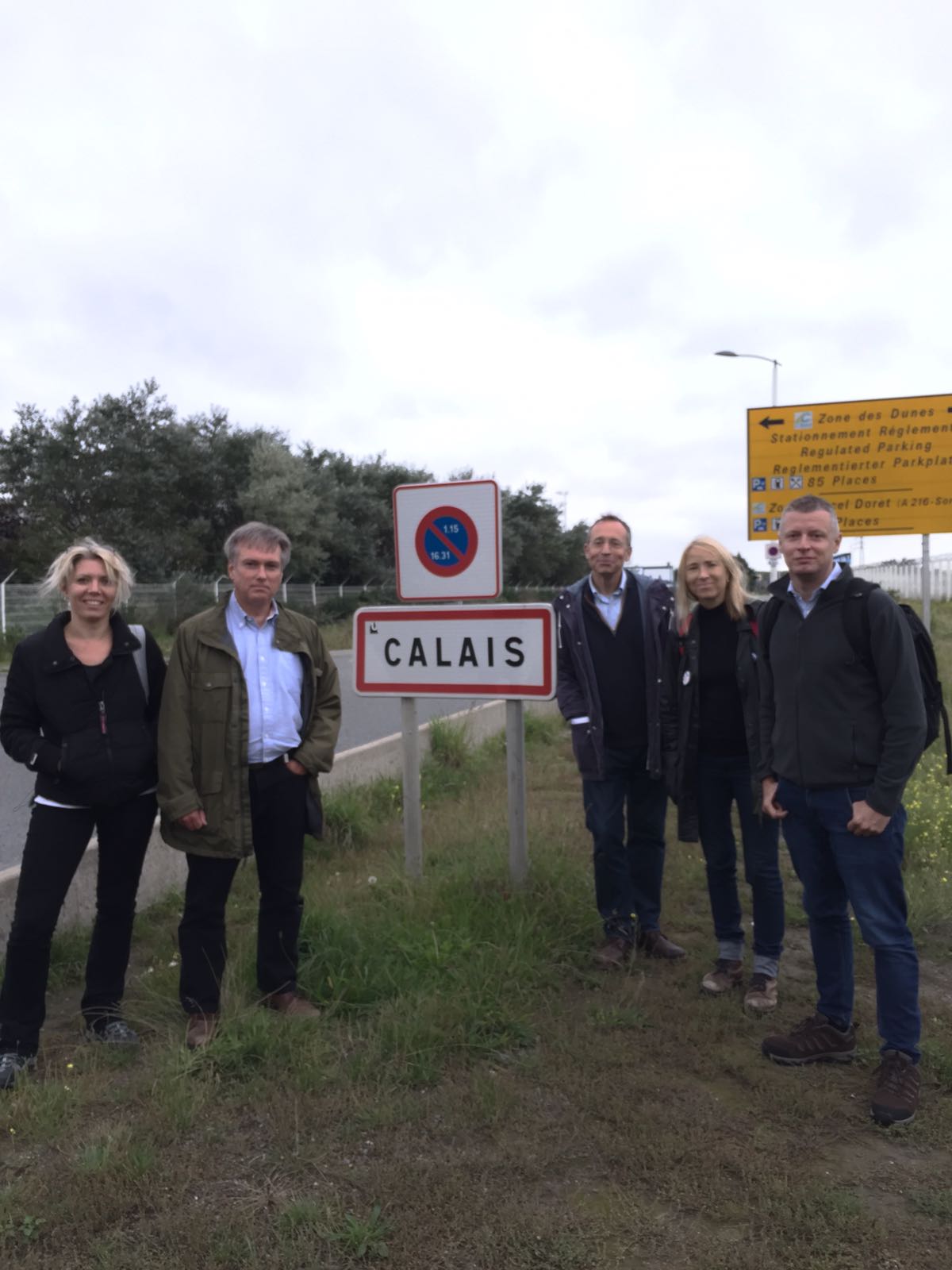 One forgotten consequence of Brexit is the effect on refugees of leaving the EU.  At present an EU Treaty (Dublin III) allows refugee children traveling alone through Europe to be re-united with family in the UK.  If we leave, that treaty no longer applies.

I raised this with the government twice last week after travelling to Calais to see for myself the plight of those who had made it that far.  Last year I visited the infamous Jungle camp there – a shanty town of 10,000 people from Syria and other war torn countries.  Last October the French bulldozed the camp, and said they would relocate the residents around France while their asylum claims were assessed.

750 children came to the UK under Dublin III to join family, though Theresa May shamefully failed to implement the ‘Dubs amendment’ (pushed through Parliament by Hammersmith resident Lord Alf Dubs) that would have allowed many of the other unaccompanied children to come here, instead leaving them prey to traffickers and other abusers.

Many of those relocated within France have returned to Calais and are living rough in the woods and by the roadside.  Some have the right to come to Britain, but are not being processed.  Others want to come here because their treatment in France has been so bad. We heard numerous reports of police violence and of bedding and belongings being seized.  It was only after the Mayor of Calais was taken to court that charities were allowed to provide food and toilets.  There are still no showers.

It was shocking to see young people being treated this way having risked their lives to travel thousands of miles fleeing persecution.  The UK Government is funding not only the razor wire surrounding the port but the riot police enforcing this brutal regime.  Meanwhile, the office where asylum claims to the UK can be made has been moved 100km away.

The recent Panorama report showed how abuse is also happening in detention centres here.  The UK is the only country in Europe that allows indefinite detention of refugees, who have committed no crime but are locked up indefinitely alongside criminals.

If you are interested in finding out more about the situation in Calais and the other refugee centres in Europe contact Safe Passage or H&F Refugees Welcome.  If you want to join the campaign for a 28 day limit on detention contact Refugee Tales or Reprieve.